What’s scarier: A Shark or a Tax Collector? 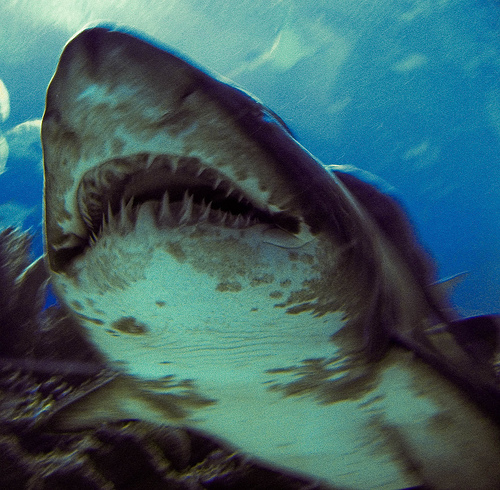 After watching the famous movie Jaws, you might not go near a beach for a while after viewing it. And although you and I might find a great white shark to be a scary villain in Steven Spielberg’s movie, Actor Robert Shaw was scared of another (and far more menacing) foe: The IRS tax collector!

Robert Shaw lived from 1927 to 1978 and starred in such hit films as The Sting, From Russia With Love, The Taking of Pelham One-Two-Three, and (of course), our favorite fish movie, Jaws.

Shaw played Quint, a gruff sea captain who takes Chief Martin Brody (played by Roy Scheider) and Matt Hooper (played by Richard Dreyfuss) out to the ocean to catch and kill the shark (not the government sharks that want to garnish your wages and tax your earnings).

For Shaw to even accept the part, he made a deal with Spielberg to avoid the taxation issues that would be associated with his earning an income on his work visa. Spielberg agreed and, as a result, Shaw was flown to Canada on the days when he wasn’t filming so he would not be on US soil (ref IMDB.com). And, when all of his scenes were completed, he left the US immediately to avoid paying taxes (ref IMDB.com).

It turns out that Shaw feared the IRS far more than he feared Jaws!

As I was following up leads on this story, I discovered here that Steven Spielberg’s first choice to play the role of Quint was veteran actor Sterling Hayden, but Hayden turned the role down because the IRS would tax any of his acting income.

When some folks say that the level of taxation doesn’t affect people’s behavior, they are just plain wrong.