Husband and Wife Business IRS Audit – What Should I Do If I Agree With the Audit Changes?

What is the Internal Revenue Service? 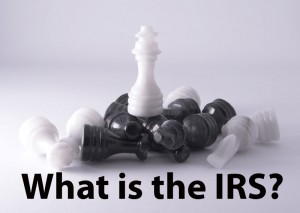 The IRS is a powerful legal agency of the US Government. Its duty is to collect taxes and levy penalties and interest.

The far-reaching powers of the IRS touch all citizen of the US, sometimes creating problems for the uninitiated.

Interestingly, the US Constitution gives the Legislative Branch of government or namely Congress, in Article 1, Section 8, the power to “lay and collect taxes.” Because of the manner in which our government is established, the power to collect taxes lies within the Executive Branch and is performed by an agency of the Department of the Treasury. This key agency is the Internal Revenue Service (IRS), and it works under the direct management of the Commissioner of Internal Revenue.

The IRS did not exist at the founding of America. The first time in US History that we see the Commissioner of Internal Revenue is during the Civil War. In July of 1862, President Lincoln and Congress needed monies to pay for the Civil War that was raging. Because of that, they passed the Revenue Act of 1862, which basically was a temporary income tax. At this same time, they established the position of Commissioner of Internal Revenue. These actions were intended to be temporary, and yet they raised about 21% of what the government needed for the war effort. The Act was allowed to expire in 1872, right in the middle of Reconstruction.

More efforts to tax income continued, and even though in 1894, the Supreme Court found the Income Tax Act of 1894 unconstitutional (Pollock v Farmers’ Loan & Trust Co.), the government continued to look for ways to tax income. Finally, with the rise of the populist movement in the early 1900s, states finally ratified the 16th Amendment to the US Constitution. This amendment reasserted that Congress had the power to tax incomes and collect, regardless. From 1913 on, the incomes of the American citizenry has been taxed.

The IRS Powerhouse in the 21st Century:

Fast forward to the 21st century: Today, the IRS employs over 120,000 people in various positions all throughout the nation. These positions include tax specialists and lawyers, special agents and officers, program analysts, and executives. With the anticipated management of Obamacare, the agency is gearing up to employ another 16,500 agents to manage that additional responsibility.

Today, paper returns are becoming obsolete, for over 70% of returns are now submitted by efile. Because of that, the focus of the employees is moving toward the digital world. New issues, such as identity theft, are facing the American population and the IRS, and as such, about 3,000 IRS employees deal only with that issue.

“Taxes are what we pay for civilized society.” ~Oliver Wendell Holmes, Jr., US Supreme Court Justice

The IRS processes about 2.2 billion different forms (1099s, w-2s, etc.) coming in from employers, banks, and other organizations issuing income in some manner. The IRS compares the information on these forms to the income reported, and discovers unreported income or no tax reporting at all by this method. You are required by law to report your income and to pay taxes on any income that you receive. There is a certain minority of citizens who feel that they don’t have to file income tax returns or pay taxes. I can guarantee to you that at some point, those individuals will be caught. If they don’t voluntarily tender their returns to the government and the IRS knows that they have been lax in submitting these forms and taxes, the IRS has the power to prepare an income tax form for them, compute the taxes that they owe, then add in all of the interest and penalties. This can be a very severe result of laxness.

The powers of the Internal Revenue Service are more far-reaching than what we have discussed here. Although regularly disputed, the IRS is a legal agency of the US Government and has the power to collect taxes and levy penalties and interest. It is in your best interest, as an American taxpayer, to comply with rules. If you have IRS issues, I suggest that you contact a tax lawyer to determine whether these issues are worth contesting. A tax lawyer will advise you, and if necessary represent you before the IRS. He can even negotiate on your behalf, if such need arises. The IRS is not a power to be taken lightly; get an expert on your team.