Taxpayer Advocate Service and IRS Problems Who is a Tax Cheater? Ignorant or Simply Dishonest? 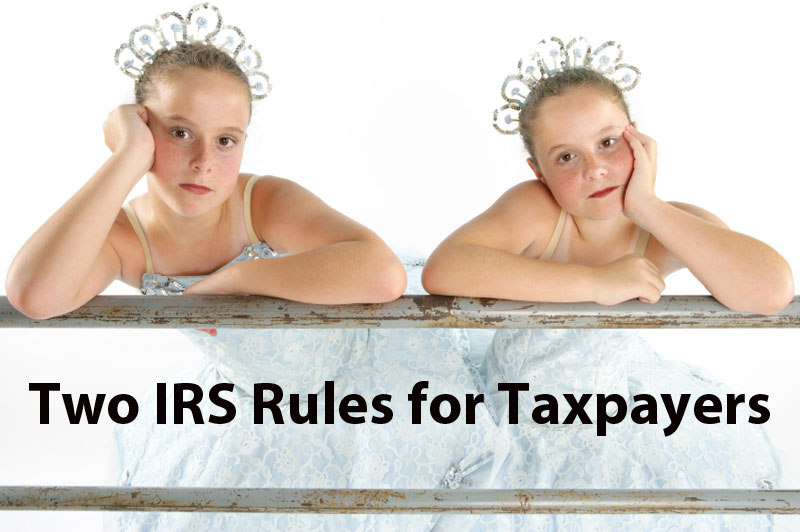 There are two basic IRS rules that all US taxpayers must follow or face the consequences if they don’t. You must file your tax return annually and you must pay the taxes that are due. The IRS tax reporting software is able to determine if you have failed to file or pay, so there is no way that you can get away forever with non-reporting and non-paying. At some point, you will get caught.

Americans owe about $290 billion in back taxes, and the IRS is going to do everything they can to collect that money. Most of the time, you will not have difficult problems with the IRS if you accurately file your tax return each year and keep your taxes current. There are, however, some very high profile individuals who do not follow the rules, and the rest is history—or should I say “headlines.”

Wesley Snipes, the Blade trilogy star, is serving a 3 year jail term. He was on top of the world, commanding big salaries, but failed to file his tax returns. Also in jail is Richard Hatch, winner of Survivor two times. He did not report his first $1 million prize, then he did not report his second $1 million prize. Now come on! The IRS doesn’t watch TV??? Two more, Jim Thorpe, the golfer, and Ja Rule, a rapper, are both incarcerated for tax fraud.

There are a significant number of celebrities who have not paid their taxes. Marc Anthony (salsa guy), Joseph Cartegena aka Fat Joe (rapper), Stephen Baldwin (youngest brother), Lauryn Hill (singer), Val Kilmer (actor), and Flavor Flav, another rapper, all fall into this category. What is interesting about this group is most of them rose very quickly to stardom, earning more money than they expected. They would gather the entourage and the experts around them, turn over their money management to a professional, and continue doing what generated the big bucks. Often, they did not check on the people who were supposed to be taking care of their money.

Almost all of them will tell you that they lost control of their money and the fact that their taxes didn’t get paid is that other person’s fault. A few, like Mary J. Blige (singer) will admit responsibility, as another singer so aptly described the situation: “her bad for not hiring good people to look after her finances.” Ozzie Osbourne and family also agree. They should have been more involved, but they did not monitor the people who did their money management, so ended up with a multi-million dollar tax bill.

All of these celebrities, just like many other Americans, owe taxes to the US Government that the IRS is in the process of collecting. The amounts that they owe are frequently in the millions of dollars, astronomical sums to pay. As taxpayers, however, they have the same rights as everyone else: they can access the Offer In Compromise process and begin to whittle away at their tax debt.

There are three types of Offer In Compromise:

1. Doubt as to Collectability. People who fall into this category are unlikely to be able to fully pay their tax debt before it is due.

2. Doubt of Liability. There is some question as to whether the stated tax debt owed is correct.

3. Hardship. If the tax debt is collected, the payment would create an economic hardship for the taxpayer.

Since every case is individually considered, some celebrities could fall into one of these categories and possible settle the account by paying a lesser amount of taxes. Not filing tax returns, then not paying taxes can drive people into bankruptcy. Even though they can’t pay their regular bills, the taxes still have to be paid. This is a debt which grows quickly and will destroy life as the taxpayer knows it. An Offer in Compromise is a possibility when people have let things get out of hand, but even that is not always possible.

If You Have Broken the Two IRS Rules. . .

If you have not filed your tax returns or if you have not paid your taxes, you could be in serious trouble. These actions need to be corrected, and as quickly as you can. Consult with Jeff Fouts, Tax Lawyer, on how best to handle your tax problems, and he will find a tax solution for your unique situation. You can’t let this go any longer. Fix it.