Even if the IRS is Wrong – They Can Still Crush You. Income Tax Liability Since President Eisenhower 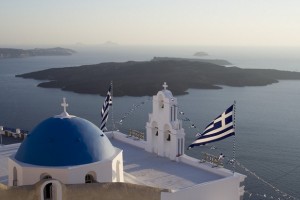 It is common to pay lip service to one’s responsibility and duty as a citizen to pay taxes while also acknowledging the right to minimize that tax burden. Of course, there are very legal ways to minimize our tax burdens, as well as very illegal methods.

Take the example of Greece. This is a very glaring example of a people and their lack of responsibility to pay a fair share of taxes.

Greece has experienced a colossal melt down of its financial system, almost to the point of total default on its debt and the collapse of its banks. This can’t be blamed so much on any one institution, government agency or company, but rather on pervasive tax evasion, bribery, and creative accounting of all its citizens.

“The Greek people never learned to pay their taxes …. because no one is ever punished. It’s like a gentleman not opening a door for a lady.”

The institutionalized amoral disrespect for (tax) law permeated the country from the highest government officials to the common working folk. “…the only Greeks who paid their taxes were the ones who could not avoid doing so—the salaried employees of corporations, who had their taxes withheld from their paychecks. The vast economy of self-employed workers—everyone from doctors to the guys who ran the kiosks—cheated (one big reason why Greece has the highest percentage of self-employed workers of any European country).”

“It’s simply assumed, for instance, that anyone who is working for the government is meant to be bribed. People who go to public health clinics assume they will need to bribe doctors to actually take care of them. Government ministers who have spent their lives in public service emerge from office able to afford multi-million-dollar mansions and two or three country homes.”

The current debt of the country now is equal to roughly a quarter-million dollars for each working adult. The government officials that consistently lied about and obfuscated the county’s actual financial instability, to the government employees’ over inflated wages, along with the omniscient bribery and corruption has put the country in such dire circumstances that the austerity measures being put in place have government workers rioting in the streets. The very people that ultimately are partially responsible for the collapse. What are they rioting in the streets for? What is it they find unfair? Is it against the corruption of their political system? Is it about everyone cheating on their taxes? About the small bribes they were taking in their service to the state? Not likely.

This is an extreme example, though real, of what individuals and their actions can do to a system. Taxes are our responsibility, and everyone should shoulder their just responsibility for the better good of the whole. Let me be clear – I hate paying taxes, and I yearn for the day when our own bloated government actually begins cutting its programs.

But tax evasion is selfish and ultimately will bring down the system. It destroys the faith in the system, and it destroys the faith in one another. In the Greece example, if “everyone is pretty sure everyone is cheating on his taxes, or bribing politicians, or taking bribes, or lying about the value of his real estate… this total absence of faith in one another is self-reinforcing. The epidemic of lying and cheating and stealing … only encourages more lying, cheating, and stealing.”

And in the old saying, the lie becomes bigger and bigger until it is as plain as the nose on your face.

The Greeks have no one to blame for their tragedy than themselves.