Chart Showing How Your Taxes Are Used for Government Services

If you ever really wondered what your taxes are paying for, this is a straightforward infographic that showcases the breakdown of taxes for government services. 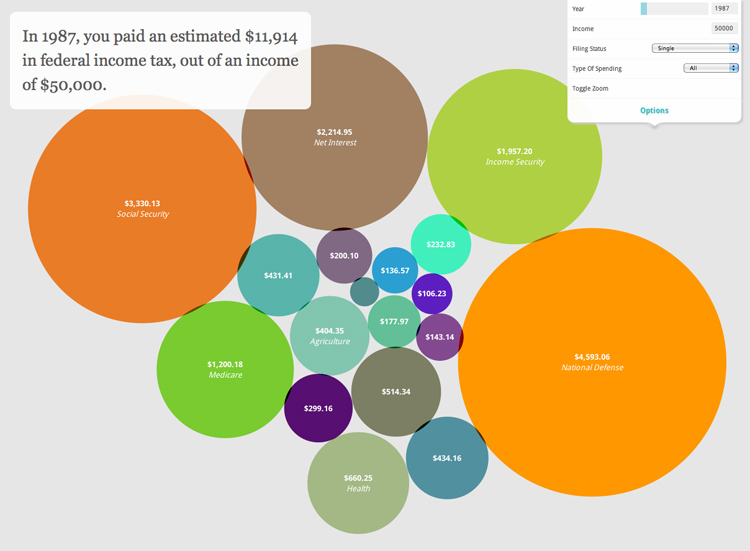 The chart above shows what your taxes went towards in 1987 and the the bubble charts below illustrates you how much you paid in taxes, and outlines where the federal government spent your tax dollars in 2010 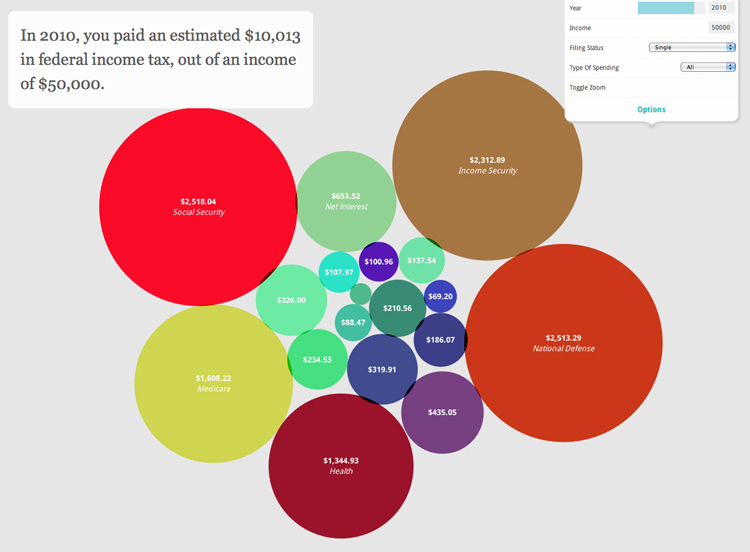 In 1987 at the end of the Cold War, spending on national defense was much higher. Now healthcare, income security and Social Security have become huge burdens on our financial system.

View Interactive Charts Showing What Your Taxes Pay For.