Is it Possible to Run a Business That Doesn’t Get a Complaint Occasionally? Real Tax Reform is (Not) Coming Soon 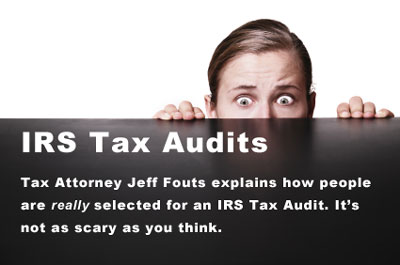 Why do we dread the prospect of having our tax returns audited? We have this fear of something we probably don’t understand very well – the unknown. The perception is that it will be stressful, will take a lot of time, and burden us with demands that may seem unreasonable. And no matter what, the result will be to owe more money to the government.

Statistically the chances of being audited are low. In fiscal year 2008, the IRS audited 1% of the more than 137 million returns filed the year before. That being said, nearly 1.4 million tax audits were undertaken.

Let’s take a look at the examination process, and what an audit entails. The IRS audits (examines) tax returns to verify that the tax reported is correct. And contrary to popular belief, a selected return for examination does not always suggest that the taxpayer has made an error or been dishonest. In fact, some examinations result in a refund to the taxpayer or acceptance of the return without change. The overwhelming majority of taxpayers file accurate returns and make payments on time. But, obviously, the vast majority of the tax audits undertaken by the IRS are conducted because they have detected invalid deductions or other expenses and it is confident that the audit will result in a tax bill.

The IRS selects returns for audits using a variety of methods. Some returns are selected for examination on the basis of computer scoring. Computer programs give each tax return a numeric “score”. The Discriminant Function System (DIF) score rates the potential for change, based on past IRS experience with similar returns. The score is based on the IRS’s study of a sample set of thousands of returns. The Unreported Income DIF (UIDIF) score rates the return for the potential of unreported income. IRS personnel screen the highest-scoring returns, selecting some for audit and identifying the items on these returns that are most likely to need review.

Some returns are examined using Information Matching, which identifies payer reports (such as Forms W-2 from employers or Form 1099 interest statements from banks) that do not match the income reported on the tax return. The IRS examines many large corporate returns annually. Returns may also be selected for audit when they involve issues or transactions with other taxpayers, such as business partners or investors, whose returns were selected for examination.

Still other returns are selected based on information obtained by the IRS through efforts to identify promoters and participants of abusive tax avoidance transactions. Examples include information received from “John Doe” summonses issued to credit card companies and businesses and participant lists from promoters ordered by the courts to be turned over to the IRS.

The first step in an audit will be a computer-generated letter from the IRS, and most of these letters involve minor issues. According to the General Accounting Office, about half of the 10 million notices the IRS issues each year are because the information is “incorrect, unresponsive or incomplete.” The biggest reason people receive letters from the IRS is human error.

Each year, more than 1 million letters are sent to people because they failed to sign their returns. These types of errors rarely lead to a full audit. If the error is not easily identified, the tax audit begins. An audit is actually the process where the IRS asks you to substantiate the numbers on your tax return.

Many audits are “correspondence” audits. Nobody likes to get a letter from the IRS, but it’s probably not as bad as a visit from an IRS agent. More than 1 million of the almost 1.4 million audits last year were correspondence audits, while about 310,000 were field audits.

The audit notification letter tells which records will be needed. Taxpayers may act on their own behalf or have someone represent or accompany them. The auditor will explain the reason for any proposed changes.

An examination may be conducted by mail or through an in-person interview and review of the taxpayer’s records. The interview may be at an IRS office (office audit) or at the taxpayer’s home, place of business, or accountant’s office (field audit).

The IRS trains its employees to explain and protect taxpayers’ rights throughout their contacts with taxpayers.

These taxpayer rights include

If the taxpayer does not respond within 30 days, the IRS issues a statutory notice of deficiency, which gives the taxpayer 90 days to file a petition to the Tax Court. The Claims Court and District Court generally do not hear tax cases until after the tax is paid and administrative refund claims have been denied by the IRS. The tax does not have to be paid to appeal within the IRS or to the Tax Court. A case may be further appealed to the U.S. Court of Appeals or to the Supreme Court, if those courts accept the case.