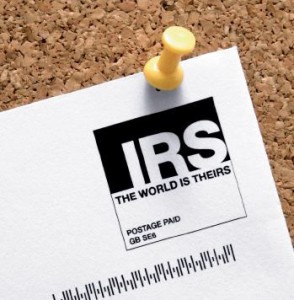 The news site Politico recently reported about a poll was conducted by Pew Research on how favorably people rated various government organizations, and the IRS had a less than 50% favorable rating.

The good, the bad, and the ugly
Just to give you a range for some context: At the top of this is the Post Office with an 83% favorability rating. At the bottom of this is education, earning only 40% favorability among Americans.

The FBI, Defense Department, and Center for Disease Control all rated 67%. The CIA rated 52%.

Now let’s talk about the IRS
Politico reported that the IRS made the biggest jump, up 9 percentage points to 47%. At first glance, this could be good news for the IRS, but let’s take a little closer look at the poll.

Three problems with these findings
First of all, there’s a 4 point margin of error. So the CIA might only be favored at 48% and the IRS might be favored as high as 51%.

Now, I’m not a statistician but I do wonder whether or not that is a statistically valid sample. And I wonder who they are asking: Are they asking confirmed taxpayers? Is it an equal representation of “wealthy” people who pay disproportionately higher taxes? Is it middle-income earners Americans? Is it “poorer” Americans? Did they divide it up equally among all the states?

I’m not sure how they conducted the poll rating the IRS but we can be sure of one thing: Those 2,505 respondents were the ones who answered – either by picking up the phone or responding to questions at the door. I’m confident that this is not an accurate sample.

Third, they conducted the poll between March 11 and March 21. That’s about one month prior to when people’s taxes are due. The people who know they are getting money back on their tax return are likely going to respond positively.

If this same poll was conducted one month later, while people were stressed out and wading through difficult-to-understand tax forms, I’m sure that the number of folks expressing favorable feelings toward the IRS would have been lower.

So, while the IRS might be happy that it jumped 9 percentage points, let’s also consider that while tax burdens have dropped for some, the reality is the tax burden has become more burdensome for that decreasing number of citizens who actually pay taxes (see my blog post about the Tax Freedom Day).

The reality is, no matter how many people view the IRS favorably, the IRS is an aggressive tax collection agency whose only job is collect money. And they are becoming more aggressive as Congress needs more and more money to spend.

Don’t be fooled by recent IRS public relations platitudes about wanting to serve the public. They get paid to collect your money.

While there is nothing you can do to stop the IRS from collecting a percentage of your paycheck, you can ensure that your personal tax burden is as low as possible by keeping accurate and detailed records of your expenses, and using a professional tax preparation firm to maximize the amount of legal deductions you can claim.

Read the full Politico article outlining the recent poll on the IRS.