Open Letter to President Obama Regarding Taxation and Spending 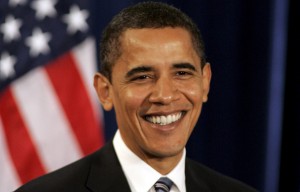 Your election to the highest office in the land was a loud call from some American voters that they wanted you in office. And those who didn’t vote for you? Well, you’re their President, too. As you recognized at your inauguration, we live in challenging times.

I’m not here to talk about wars or the economy or the work you have to do in representing the millions of people who did, and who did not, elect you to office.

I’m writing this letter to remind you that the White House is not your house. It is my house… and the house of the millions of other taxpaying Americans who live in our great nation.

In other words, the work you do and the decisions you make should always be guided by remembering the people on whose backs this nation is funded. You should follow the Constitution, and not do anything that contradicts it.

As a fellow American, representing other Americans, I write to you requesting the following considerations:

We’re a great nation in a world that is experiencing turbulent economic times, and our hard-working, taxpaying people are already suffering under a terrible tax burden.

We need you to follow in the footsteps of our Founders and spend less on bailouts and things that will cause tax increases, and more on restoring the sense of limitless opportunity in this country!