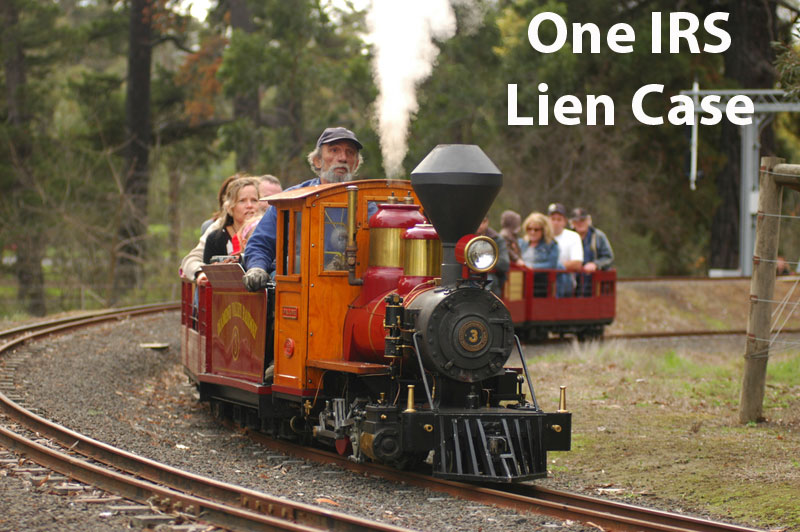 Miniature railroads are quite popular and fun, but as with any non-profit, have to be set up properly in order to function and avoid any IRS tax lien.

It is always interesting to read any IRS lien case, and there is a particularly fascinating  case based in south-central Oregon. Train Mountain Railroad, today, is a non-profit organization of miniature train devotees who support 2205 acres, over 36 miles of 7.5 inch track, as well as a number of miniature, rideable small trains. In 2009, the IRS filed a lien of $17.3 million against Train Mountain Railroad. This story is a cautionary tale for all organizations.

Failure  to File and Pay Taxes

To complicate matters, Breen had not filed any tax returns since the mid-1900s, either for himself or any of his interests, including Train Mountain Railroad. Most of his accounting records had been put in storage in California, and after his death, it was found that the records were lost due to nonpayment of the storage rent. In addition, for almost his entire professional career, Breen had been in an adversarial position with the IRS which, of course, caused him and his business entities to be heavily scrutinized. His early death simply complicated an untenable legal morass.

The IRS placed a lien of $17.3 million against Train Mountain in 2009, and a number of the 500 members of the organization began to work with lawyers and the Oregon State Attorney General John Kroger to try to resolve the issues without destroying their train club. At this point, legality was muddied because Breen’s widow Sharon had stepped in as trustee of Train Mountain. The members protested her handling of the lien and the organization, and a number of complaints and amended complaints resulted. Years of argument continued, with everyone trying to get to a resolution.

An Offer in Compromise

After much wrangling and negotiation of an Offer in Compromise, the IRS agreed to settle their $17.3 million lien against Train Mountain for about $650,000. The organization of Train Mountain Railroad was reorganized into a proper non-profit, and the members stepped forward to settle the debt. As of May 8, 2013, they proudly announced that the IRS lien on Train Mountain was completely discharged. Quite an accomplishment!

This blog should not been seen as a criticism of the Train Mountain Railroad, but rather as a case of what to do and what not to do when establishing an organization. From the beginning, Breen appeared to do everything wrong: he did not file tax returns and pay taxes; he had developed Train Mountain as a business entity rather than the charitable organization he claimed; he did not apprise members of his tax issues—they found out after he died. He did, however, have the dream of Train Mountain and was able to get it started, albeit flawed. The members of Train Mountain should be congratulated for their patient working through the issues, resulting in a better, stronger organization of people who share a common interest in miniature trains.

If you find yourself in a similar situation where an organization has not been set up legally and properly, contact Jeff Fouts for assistance. Great expense and hassle can be avoided if an organization is established properly. And of course, always file tax returns and pay your taxes—avoid trouble with the IRS.