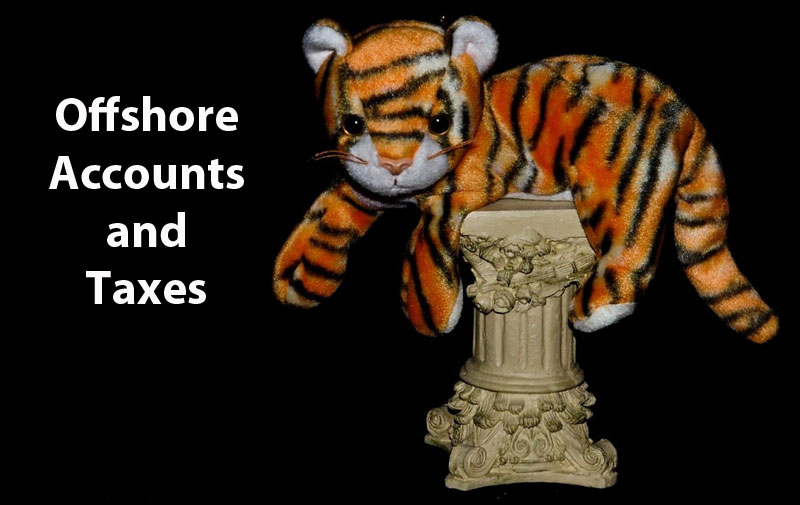 Offshore accounts funded by beanie babies proved to be the undoing of Ty Warner.

Felony tax evasion is a very serious charge, and one that can be avoided if you report all of your income, no matter where it is created. In recent news, multi-billionaire Ty Warner of Beanie Baby fame has been charged with felony tax evasion, is planning to plead guilty, and has agreed to pay a $53.3 million penalty to the US federal government. The reason Warner is making headlines is because he allegedly failed to report income from a Swiss bank account.

When looking at the details of this story, it appears that Warner was attempting to create several secret accounts. The first account was established in 1996, and the second in 2002. Ty Warner directed that any bank correspondence simply be held by the banks and not mailed to him or his accountants as well as concealing his name on the accounts. He did not tell his accountants about the existence of these accounts.

In 2009, Warner realized his follies and attempted to enroll in the IRS’s Offshore Voluntary Disclosure Program. The Offshore Voluntary Disclosure Program is a type of “amnesty” for US taxpayers, where if the taxpayers voluntarily declare their offshore untaxed/unreported accounts, they will receive reduced penalties and no criminal prosecution. If the taxpayer gives a “voluntary disclosure” to the IRS, it is supposed to work to their advantage in the succeeding negotiations with the IRS. This is not always the result.

Also in 2009, one of Warner’s Swiss banks, UBS, was being investigated by the IRS, and it was found that UBS was hiding accounts and names from the IRS. In settlement of the investigation, UBS gave up the names and account information for a number of their clients.

All of these IRS maneuverings are based upon the FBAR regulations (Report of Foreign Bank and Financial Accounts) which were finalized in 2011. FBARs are required for any offshore account of $10,000 or more, and all income from these accounts must be reported on the income tax form of the account owner. Penalties for non-reporting can be as high as 50% of the account, a $250,000 fine, and the owner can also be subject to prison time of up to 5 years—pretty severe punishment for an issue which can easily be handled correctly from the beginning.

Ty Warner is one of the richest people in the world, #209 according to Forbes, with a net worth of over $2.5 billion as of September, 2013. His reputed income from his hidden offshore accounts was about $3.1 million. Was this amount worth the penalties ($53.5 million), the fine ($250,000), and the possible prison time (up to 5 years)? Only Ty Warner can answer that question for himself.

Money can be deposited in a number of countries which encourage investment from Americans. After pressure from the IRS, many more of these countries are reporting US accounts and taxpayers to the agency. You are required to report every offshore account and ALL income, regardless of where it comes from. It is much easier for you to comply to our complex tax laws from the very beginning, than it is to fix problems later that you may have caused by ignorance or deception. If you do have tax problems or are contemplating various tax strategies, you will benefit from consulting a tax lawyer such as Jeff Fouts. He has the expertise to advise you on intricate tax approaches, as well as unraveling your tax issues from previous bad decisions.