Late Filing Syndrome No Excuse to Not Pay Taxes 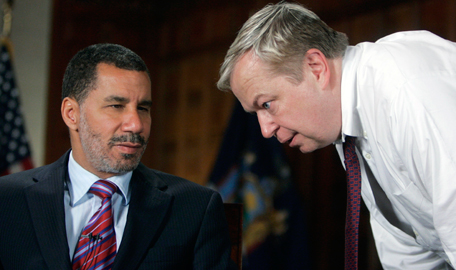 In a New York Times article titled “Late Filing Syndrome”, the Old Gray Lady describes the sad plight of a down-and-out person who has not able to pay their tax bill.

Oh, did I say “sad plight of a down-and-out” person? I meant: educated, six-figure-earning political aide Charles J. O’Byrne. O’Byrne claims that he suffers from a very specific form of depression called – are you ready for this? – “late filing syndrome”. Yeah, you read that correctly.

It seems that, just around tax time every year, he falls into a depression that is so difficult to manage, he is simply unable to file his tax returns. Ironically, this sickness only ever appears at tax time and, in O’Byrne’s case, it appeared 4 years in a row – from 2001 to 2005.

I am all for legally paying less tax. However, I am against using illegal tax evasion methods, and, I don’t believe in fake excuses. O’Byrne has a responsibility to pay (and he has the opportunity to reduce his taxes by simply calling me). Instead, he has the gall to claim this particular problem.

It’s galling because his income is paid for by our tax dollars. What if everyone in the US suddenly was hit with a bout of late filing syndrome? He’d be out of a job.

It’s also galling because it shows that he thinks the rest of us are fools. C’mon… did he really think that we’d take pity on him because he procrastinated on his income taxes too long?

It’s like the old “my dog ate my homework” trick. Or the “I didn’t get your tax letter.” excuse. Everyone (especially the IRS) can see through those lies!

There’s another syndrome – a far more serious one – that occurs with regularity. It’s equally rare. During a full moon, those bitten by a wolfman will themselves become wolfmen (or wolfwomen). My diagnosis? Equally laughable; equally silly.

A CNN article rightly attacks the “syndrome” for what it is: a made-up excuse by a tax lawyer in an effort to get his client out of trouble for unpaid income taxes.

I’ve got my own syndrome. Let’s call it: “shake-my-head-at-foolish-people” syndrome.