Can You Spot Bad Tax Advice and Know When to Hire a Tax Professional? Jerry Seinfeld and His IRS Tax Audit 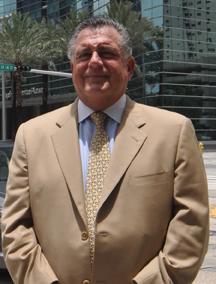 Attorney Lewis B. Freeman, who is a well-known fraud investigator, forensic accountant and lawyer, has sued the IRS in an attempt to combat the $4.8 million civil penalty the IRS has slapped him with. This Miami Florida based tax lawyer and forensic accountant made a name for himself representing high net work clients.

The IRS has accused Mr. Freeman of promoting abusive tax shelters in protest to unfair federal tax laws. The IRS has penalized him $1,000 for each of the 4,827 employees in the benefit plan which attempted to shelter income from taxation.

“This is like an episode from ‘The Twilight Zone,'” Freemen is quoted as saying in a recent online Forbes article.

In recent years the IRS has been accused of being too heavy-handed in its use of its power to massively penalize promoters of abusive tax shelters, especially in less severe situations or when the agency simply disagreed with an aggressive tax-saving strategy.

The Forbes article went on to say that Freeman is regularly quoted by journalists as an expert on fraud and white-collar crime. Freeman readily agreed that the mere existence of the litigation was embarrassing to him.

This is typical of the IRS, and the government in general. Once a government is given the authority and power to coerce or punish, it tends to use that power in a way that it was not originally intended, or in too harsh a manner.

Mr. Freeman has been sentenced to jail for 8 years for his fiduciary actions on behalf of his clients.