Man Owes $1 Million in Back Taxes – IRS Fresh Start Program Could have Saved his House and Assets IRS Getting Bonus for Doing Lousy Job? 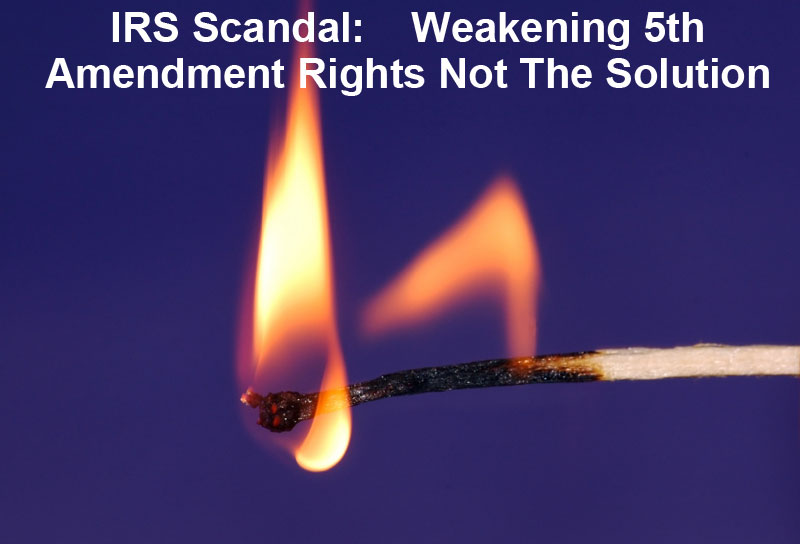 Should 5th amendment constitutional rights be limited for government employees?

There’s a lot of fallout about the IRS scandal. Some good, some bad. I’m hoping for IRS reform that could be meaningful to my clients who owe taxes or who are being treated unfairly by the IRS. But we shouldn’t let our government suspend our constitutional rights to achieve that reform. Here’s an example of that thinking.

Congressman Morris “Mo” Brooks (R-Ala) so strongly believes that the Fifth Amendment of the U.S. Constitution should not apply to government employees that he has proposed legislation that would prevent it.

I realize that it must be frustrating for congressional oversight committees to watch government employees continually take the Fifth when asked to answer questions.

One alternative I’m not in favor of would be to give a limited grant of immunity to government employees to encourage them to answer questions completely and truthfully. Government employees are right to fear reprisal if they break the law or trample on the rights of citizens in an intentional manner.

Will The Truth Come Out?

The answer should not be to curtail or limit a Constitutional right of someone, even if they are a conniving IRS employee. Hopefully the truth will eventually come out about who was responsible for what appears to be the politically driven decisions to discriminate and treat one political group differently than another group.

Constitutional protections are valuable even when they are seemingly hinder the pursuit of truth and justice. The Fifth Amendment is a valuable protection against government coercion against individuals.

While I wish there was a way to get bad apple government employees to speak candidly, there may very well not be a good way.

Regardless of whatever steps Congress takes to compel government employees to testify, weakening the Fifth Amendment should not be one of those steps.