IRS Says: Don’t Pay the rest of your tax debt 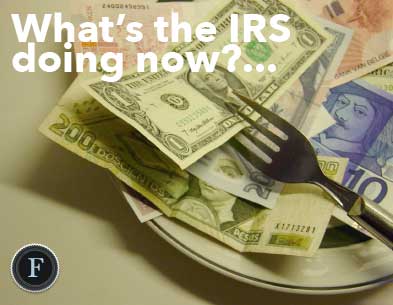 The IRS said all the client had to pay was the posted amount rather than adding in the accrued, but unposted, interest. They said they didn’t want the client to pay the other money!

The IRS says: Thanks, but no thanks. We Don’t Want You to Pay the rest of your tax debt.

The IRS is supposed to act consistently. That means that they are supposed to be reasonably predictable, and not random and unpredictable.

Because it’s only fair that taxpayers who are in similar situations should be treated similarly. This is what Americans expect, but this is not always the case. Sometimes the IRS acts in ways that can only be described as jaw dropping.

When the IRS act erratic, or inconsistent to the way they are supposed to operate, this can be frustrating to me, and to our clients, but sometimes the IRS’ inconsistency works in our favor.

We just saw the IRS doing something that makes no sense whatsoever, especially since they are a collection agency. Let me give you some background information. If you look at a taxpayer’s IRS account transcript, these show the delinquent tax debt which that person has for a particular tax year. If you closely review the Account Transcript, you can sometimes see that the IRS hasn’t updated the amount of tax and penalties that have accrued to the person’s account. (An Account Transcript for a non-business is also known as an “Individual Master File”.)

One of our clients wanted to pay their tax debt for a particular year with the IRS. Their IRS account transcript showed that all the accrued interest and penalties had not yet been updated on their account so that it was reflected in their balance owed amount. That meant that the client actually owed more money than the liability amount that was posted to their account.

The IRS said all the client had to pay was the posted amount rather than adding in the accrued, but unposted, interest. They said they didn’t want the client to pay the other money!

This is unheard of. The IRS person was acting as if they were in their own little world. Strange things do sometimes happen when dealing with the IRS, but this was really strange.

The IRS usually acts like you would expect them to, but on a regular basis they do things that either make us want to smile or want to pull our hair out. I guess that’s what you get when you deal with the largest collection agency in the world which is also one of the largest government bureaucracies in America.