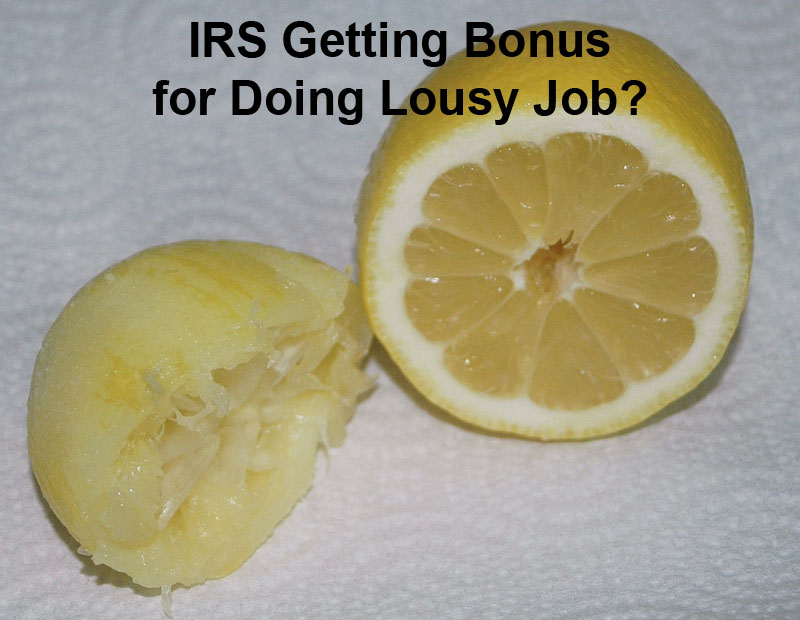 IRS employees are getting bonuses for a lousy job? Who pays for that???

The last time I listened to the news, it was still saying our government was in the middle of a very severe budget crunch, also known as sequestration.

So I’m at a loss to understand why a branch of that broke and in debt government, the Internal Revenue Service, is going to be allowed to pay $70 million in performance bonuses to its union employees.

After all, other government workers are being forced to cut their hours and sacrifice their personal income. But the IRS gets to reward its employees?

The Obama administration ordered Federal agencies to cancel discretionary bonuses because of the current spending cuts. And it was Danny Werfel, current acting IRS commissioner and former White House budget official, who wrote that Obama directive.

Based on press releases from Senator Chuck Grassley’s (R-Iowa) office, allegations are swirling around whether or not the IRS has officially contacted the National Treasury Employees Union to reclaim the pending bonus funds or not. One source says yes, that the IRS did notify the union they were going to reclaim bonus funds of $75 million due to the automatic spending cuts, yet another source indicates the IRS instead negotiated a $70 million bonus payout instead. Senator Grassley is the senior Republican on the Senate Finance Committee which oversees the IRS.

As long as government can tax us, collect the tax, and print money, they don’t seem to care how much they spend.