Tax Responsibility, Morality, and Economic Stability Do More Than Talk About Your Tax Problems This Tax Year 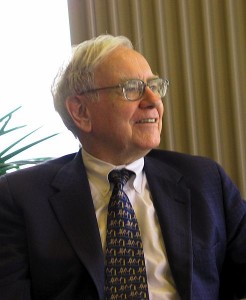 The average Federal Tax rate for all Americans that had enough income to pay taxes was 12.24%, while the average rate for the top 1% was 23.27% (based on date from the Internal Revenue Service for the year 2008 – the latest such data available). While the Adjusted Gross Income of the top 1% was 20% of all income earned, they paid 38% of all the income tax. The top 5% earned a total of 34.7% of all income, and paid over 58% of all the income tax.

One in 5 of every dollar of income generated in the United States is going to the top 1 percent of Americans. This concentration of wealth has been going up steadily, with a 25% increase in that proportion in the past 20 years. The average tax rates themselves have remained relatively steady for this group, as well as for the combined total, for the same time period.

Though the percentage of wealth the top income earners accumulate is increasing, so is the amount of taxes the government collects from them – but much of the income is taxed at lower rates because, for instance, it is treated as capital gains. In fact, the marginal income tax rate on the very rich is the lowest it’s been in more than 80 years. If we examine the history of taxes under President Dwight Eisenhower it was 91 percent. Now it is 36 percent. The marginal tax rate is the tax liability divided by the taxable income. Under Eisenhower the percentage of the richest earners income that was liable for taxation was much higher than it is today, even though the portion of total income earned keeps concentrating in fewer hands.

Warren Buffet once famously pointed out that our current progressive income tax system was skewed towards the wealthy, by noting that his effective tax rate was 17.7% while his receptionist paid 30%. Though the amount of income tax paid by the nations wealthiest is increasing, due largely to sheer volume, the actual tax burden may not be keeping pace.