Has the American Dream Turned Into a Tax Nightmare? 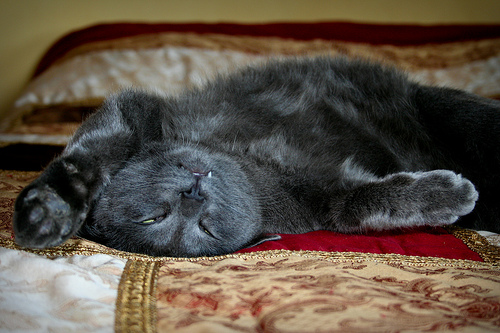 Our country was founded on certain inalienable rights and millions of people flocked to the United States of America because we enabled opportunity. We were a land where, if you worked hard, you could prosper and avoid excessive taxation by the King. Our history books may not be as long as other, older countries, but our history books are filled with the names of people who have come to America with nothing and built personal fortunes from hard work, perseverance and ingenuity.

And let’s not forget the millions more, like my forebears, who never got rich, but have been able to provide a decent living for their families through honest work.

My hat goes off to those who have dreamed the American Dream and have achieved it. Unfortunately, for many of those who have worked hard to become financially successful or provide more for their families, the American Dream has turned into a tax nightmare: A bad dream where you work hard while others take your hard-earned money. We’ve turned into a nation that redistributes wealth, with the IRS taxing the higher income earners a disproportionately high amount while writing a check to those who have not worked and sacrificed for their income.

Now, let me say this: I believe America should be a land of equal opportunity, but not a land of equality. I believe people should be treated fairly regardless of their skin color, national origin, religion, etc. I think that’s something that makes America great. But we aren’t helping by heavily taxing what one person has honestly earned and giving to others. By this we are teaching them that wage theft, in the name of being “fair”, is permissable.

A society that offers its citizens an equal opportunity to work hard and advance themselves is all that can be expected of “fairness”. A society that forcibly takes earned income away from one person to give to another person is actually discouraging hard work. Entrepreneurs work unhuman hours to create the future, while undertaking significant risks. Entrepreneurs and successful businesspeople should not have to pay more to the Internal Revenue Service if their risks pay off, just as they would not receive an award if their startup venture failed.

We want to encourage every American to stand on their own two feet and to push forward, not enable them to continue lying down and not contribute to society.

Have we reached the point where receiving free handouts is no longer shameful, and considered a “right”?

If we create a nation of people who expect a “hand out”, then we’ve fallen so far from our founding ideals that we may not recover.

Who’s to blame? Sherman Frederick points to Obama and Democrats in general (and a few Republicans). I think it’s easy to blame Obama, and he certainly deserves to shoulder a large share of the blame, but I believe it extends far beyond the current President. From eroding values to disengaged parenting, there are a lot of reasons that we’ve become a country of people seeking instant, selfish gratification without lifting a finger.

Let’s initiate change: Work harder. Seek the pride and satisfaction of a job well done. Sacrifice to get a better education. Save money and spend it less frivoulously.

And remember – pay your taxes, but take every legal tax-minimizing break you can to avoid redistributing more of your wealth than is necessary.

Through social change there may be a day when our tax debts decrease instead of the current increasing trend.