Tax Freedom Day: A Day to Celebrate… or a Day to Mourn? Cheating On Your Taxes: Real Numbers and an IRS Solution

The Government Spends Twice As Much as it Collects 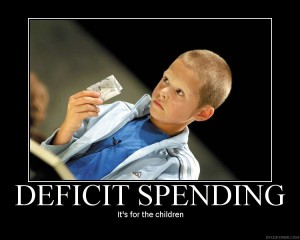 If you give a child $1.00 so they can go to the store and buy some candy, what would you think if they came back with $1.52 worth of candy? Obviously there’s a problem. Did someone miscount? Is this truly free money? Did they steal the additional $0.52 worth of candy? Is the child running a credit tab at the store?

Basic household economics would suggest that we should only spend what we have. And everyone knows that overspending on credit is risky, and if allowed to escalate, will eventually catch up to you.

But the US government is doing exactly this with our income taxes. According to a report which I found in the St. Petersburg times, written by Brian Riedl of the Heritage Foundation, the IRS will collect $18,276 per household (which is shocking enough already) but here’s the worse part: It will spend $31,406 per household (source). Another problem is all the American households that receive benefits but pay no taxes.

I can’t think of another word for that besides “ghastly”. No one could run their home for very long with that kind of fast-track-to-bankruptcy mentality but the government seems to think it can.

Now, just to be clear, I DO think that some of this government spending is important. We need to invest in the defense of our nation, some infrastructure, and some very limited regulation. But I’m concerned about the numerous other spending – overspending, really – that is bankrupting us as a country and as individuals.

You don’t need to be an economist, or have an MBA, to figure out that the U.S. government, unless we change our governmental spending habits, is heading for trouble. Tax reform is possible, but the solution will be not be easy.

We must each stop fighting when our slice of the USA money giveaway is challenged. All of us, including corporations, farmers, seniors, and other individuals must all stop protesting when our favorite “benefits” and “entitlements” are being reduced.

We must stop merely pointing at “the other person” as the one who needs to have their “benefits” and “entitlements” reduced or eliminated. We must also be willing to point the finger at ourselves.

All of the groups appear to selfishly want to get as much as they can for themselves from the government, but the long-term way for each of us to better ourselves is to get the government out of the business of taxing us so much and then giving away much more.

Only then will we be economically better off, and be more independent of the stranglehold that Congress’ IRS has over us. I can say I am in favor of giving as little tax as possible to the IRS, but I must be willing to have our government make the hard choices necessary to make that happen.