How You Can Rent Your Vacation Home Tax Free Tax Problem Resulting From the Recession: Unable To Afford Paying Taxes

Conflict of Interest by an IRS Officer 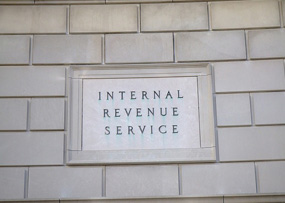 The Internal Revenue Service is a big organization full of people. Imperfect people. And, although they hold tax payers to a high standard, they themselves need to be held to an equally high standard of ethical responsibility when it comes to our taxes.

Recently, I read about an IRS tax officer who crossed the line and committed fraud. I’ll summarize it for you and give you some of my own thoughts about how this person in a position of authority abused their power to enrich themselves at taxpayer expense.

But here’s the problem: In advising them on how to get caught up in their taxes, he sent them to a specific mortgage refinancing company for which he was paid a “finder’s fee” or commission for the lead. Over a period of 6 years, from 2002 to 2008, he sent at least 2 people to the company (he was charged with 3 counts of acts affecting a personal financial interest. Mark Claybrooks earned at least $20,000 for the effort).

My opinion as well as a recommendation to the IRS

First let me say that I am all for people making ethical business deals to get ahead. That is what makes this country great. But this was not ethical.

Mr. Claybrooks was not speaking into these taxpayers lives as a business person with an opportunity. He was speaking as a person representing the governing authority of the land and, depending on how he positioned it to the people he was working with, it could have been perceived as equivalent to a bribe.

Tax problems should not enrich the personal lives of IRS because it could lead to a case where individual IRS tax officers make decisions based on what will personally enhance their financial situation.

My advice to the IRS is this: Your tax officers must be held to a higher standard and Claybrooks made a lot of money over a long period of time. Although everyone has the right to privacy, there needs to be checks and balances put in place to protect taxpayers from this unjust scenario from being repeated.

If you are a taxpayer facing tax default and you’re wondering what the next step is, you need to talk to an IRS tax attorney. We work for you (not for the government and not for mortgage refinancers or other related organizations) to help solve tax problems.