Tax Preparation Tips That Prevent IRS Headaches Even if the IRS is Wrong – They Can Still Crush You. 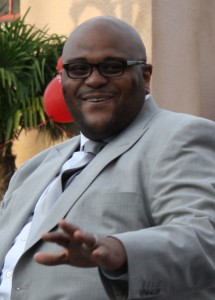 Ruben Studdard Before the IRS

Although he was making music long before, Ruben Studdard’s win during the second season of American Idol (in spring 2003) made him a star. He later won a Grammy award and is billed as being a pop, R&B, and gospel singer.

His music has solidly performed, even if he himself has not recorded a lot of chart-toppers since American Idol. He still remains one of the better-known winners of the hit show, although the runner up from that season (Clay Aiken) occasionally overshadows Studdard.

Ruben Studdard tax problems
As the winner of American Idol, he won a one million dollar recording contract, one of the key elements in his rise to fame. However, it seems that he neglected to correctly file a claim on that money, and possibly on other income as well. As a result, this recording star owes back taxes totaling over $200,000! It is said here that he owes over $171,000 to the IRS and over $21,000 to the Alabama Department of Revenue.

Tough Lessons to Learn
A lesson to anyone who begins earning more income, or who receives a large sum of money, is to hire a tax professional to help you correctly file your tax returns and pay your taxes.

Unfortunately it’s too late for Ruben Studdard. The IRS is after him, and his tax problems will be more difficult and expensive problem to resolve. Another lesson we can learn here is that even if you already have an IRS problem, it’s better to begin dealing with the problem as soon as you can.