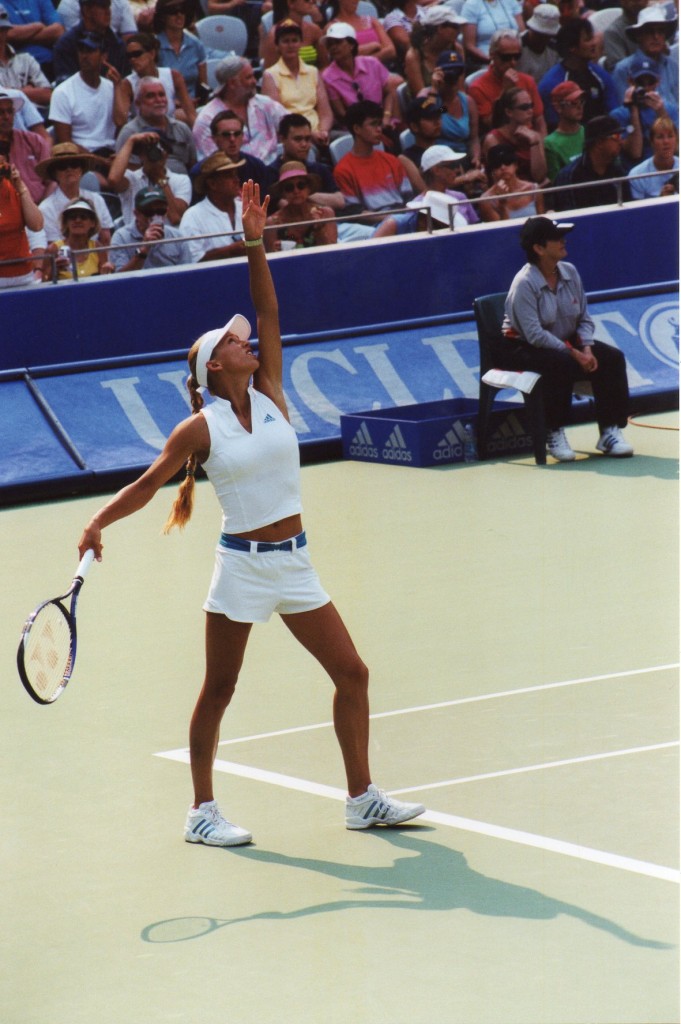 About Anna Kournikova
Anna Kournikova was born in the Soviet Union in 1981 and started playing tennis when she was just 5 years old. Her prowess on the court caught the attention of professional tennis scouts and she had a career breakthrough in her early teens. 1998 through 2000 were peak years for Anna Kournikova where she ranked well in numerous matches. Unfortunately, injuries started to build and by 2003 she withdrew from the highly competitive sport, although she still plays exhibition games from time to time. She continues to be one of the top-searched celebrities online today. (Source: Wikipedia)

During her career, she earned over $3 million in prizes but if there’s anything we know about celebrities, the real money is in endorsements. Even though she has stopped playing at the level she once played, the media attention she receives, partly due to a fairly active modeling career, has helped to keep her in the spotlight. We can be certain that she has earned millions more in endorsement fees (and generated a healthy income tax bill) in the years since she played professionally.

Anna Kournikova Tax problems
For a wealthy tennis star whose life off the court seems to generate as much headlines as her life on the court, it’s not a surprise that Anna Kournikova faced some tax problems last year. According to Detroit News, she owed $6,381 in back taxes to the IRS. For someone as successful as Anna Kournikova, this is likely an innocent error on her tax return, perhaps the result of a mistyped number or a miscommunication between her CPA and one of her many financial assistants.