“Hello, I’m with the Government and I’m Here to Help You.” What’s The Difference Between Tax Avoidance and Tax Evasion? 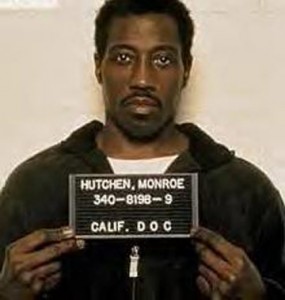 Celebrities seem to live in their own little world. While the rest of us pack our lunches and punch the clock from 9 to 5 (or more like 8 to 6, these days), celebrities sit around and bask in their own fame. The British have their monarchy and we have our own version of it – celebrity. They live by their own rules and make millions of dollars by doing very little.

To borrow a line from the Spider-Man movie, with great wealth comes great responsibility (to pay taxes). And, like most of us, these people find taxation a difficult burden. And some of them don’t pay.

From time to time, I’ll highlight celebrities who run “afoul” of the IRS one of whom is Wesley Snipes.

He played a nearly invulnerable half-vampire/half-human in the movie Blade but actor Wesley Snipes proved that he was not invulnerable to the government of the United States of America. Snipes evaded the law in such movies as Demolition Man (1993), US Marshals (1998), and Art of War (2000), and during that time, he evaded paying his taxes!

You can read all about Mr. Snipes tax evasion case at Wikipedia.

To summarize, the celebrity was charged in tax court with:

Snipes was acquitted of most of these charges, with the exception of 3 of the 6 counts of willfully failing to file Federal income tax returns by their filing dates. He was sentenced to 3 years in jail for tax evasion. (Although not IRS-related, you might also be interested to know that Snipes has failed to pay property taxes on two homes he owns as well. It’s also referenced in this Wikipedia article.)

The moral of this story?

If you owe unpaid taxes, I can help you. (If Mr. Snipes had called me instead, there is a high likelihood he wouldn’t be making license plates right now because I’d have asked him to file his tax returns).